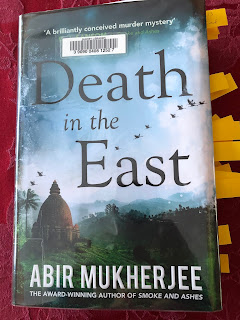 Abir Mukherjee has done it again. This tale of London and Calcutta a century ago is fresh, astute and current. In the Author's Note, he says that Death in the East was not the novel he set out to write, nor did he intend to set so much of it in London. But he felt circumstances gave him little choice. He comments that around the world, "the rise of populism has seen the growth of anger, extremeism, fear of the other, and the erosion of tolerance and decency."

Yet this, he says, "is not the Britain I know and love, and it is not the Britain which offered sanctuary to the Jews of Eastern Europe between 1880 and 1914," going on to list more times when his native country behaved with mercy, tolerance and decency to people arriving from outside, whether they came as refugees or simply relocated to seek better lives for their families.

As he goes through a cure for opium addiction in an Assam monastery, Sam Wyndham has to look at himself a little more closely. He must face and come to terms with his weaknesses, as well as employing goodwill, empathy and effort to preserve an important friendship. Sergeant Bannerjee, he realizes, is no longer the shy boy he was when he first reported to his superior officer.

While Surindranath ignores disapproving looks and peruses the menu at the Jatinga Club, Sam contemplates the "inordinate amount of time and energy" the British waste on "petty hierarchies and bureaucracies," and the difficulty of maintaining the "middle ground of mutual respect" as Gandhi's peaceful protests cause politics to flare and polarize in India.

In London, a police Inspector muses on the cynical twisting of truth employed by hack journalists who stir up readers with inaccurate information to encourage them to blame others. Thus do they sell papers. Describing a female murder victim in London, Sam is well aware that her sex and lowly birth are "twin misfortunes." Unfortunately, "the gift of intelligence had only made matters worse."

I salute Mukherjee for highlighting the social problems we still see around us, even as he tells a cracking good story that frequently invokes rueful laughter at our history and society.

In the Afterword, Mukherjee states that he wanted this novel to be one of hope, expressing the belief that his native country will remember itself and "live up to those standards of tolerance and decency and fair play" that he identifies with Great Britain. To that I say Amen.
Posted by Carol Tulpar at 7:00 AM 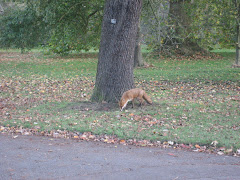